Thank you for Subscribing to Life Science Review Weekly Brief

Specialized Services: A New Paradigm in...

Setting A Culture for Digital...

The 7 TIPS for a Successful Master Data...

The Challenges Of Bringing...

Take Advantage of Technology in Infection...

Specialized Services: A New Paradigm in...

Setting A Culture for Digital...

The 7 TIPS for a Successful Master Data...

The Challenges Of Bringing...

Take Advantage of Technology in Infection... 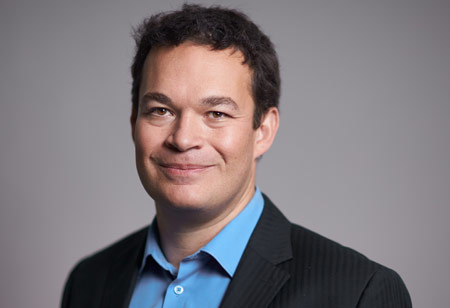 A View into the Booming Industrial Biotech Startup Ecosystem

Michael Krel, Partner at Sofinnova Partners, joined the firm in 2013 and is a key member of the Sofinnova Industrial Biotechnology Fund. His primary focus is on identifying early-stage deals in Europe and North America with applications ranging from chemicals, materials, agriculture, food, feed, and synthetic biology. He is on the Board of Directors of several companies, including EnobraQ, Afyren, and EnginZyme, and an Observer on Comet Bio’s Board. He served for two years as the CEO of EnobraQ, a Sofinnova Partners’ Green Seed Fund portfolio company, which was also the first fund in the venture capital firm’s environmental impact strategy. Previously, Michael spent six years in industrial biotech startups in senior business development roles. He also worked in a consulting firm advising on strategic R&D and organizational issues. Michael is an engineer who graduated from the Ecole Polytechnique in Paris and holds a Ph.D. in organic chemistry from Paris X Orsay University.

In an interview with Life Science Review, Michael Krel sheds light on the upcoming trends in the biotech startup space.

Could you elaborate on the genesis of Sofinnova Partners and your role in the organization?

I joined Sofinnova Partners in 2013, after a number of experiences, including consulting, before entering the business development space in 2007. Sofinnova is one of the largest and most-establishedventure firms in Europe. We turn 50 years old next year, which is a huge thing in the venture world. We have always been propelled by innovation and have been investing in ground breaking technologies since the 1970s. By the mid-2000s, we decided to focus 100% of our investments on life sciences, and then we expanded our scope from pure healthcare applications towards other applications like industrial biotech, leveraging the firm’s deep expertise in biotechnologies and apply it to sustainable development in agriculture, food, chemicals, and materials.

How has the biotech startup space evolved over the years?

During the tenure of George Bush, as part of the Energy Independence and Security Act, a lot of money was put towards the development of biofuels and biochemicals. We decided not to invest in biofuels but we recognized the potential of the larger domain. The lesson learned from the first wave of investments in the sector is that biofuel and other products with low differentiation are not the most optimal VC play.

Over the last ten years, people have been focused on more value-added, more differentiated products. For instance, when the first human genome sequencing was done, it cost one billion euros. Now anybody can get their genome sequencing done for 50 euros. So today, instead of aiming for a multi-billion dollar market because of the $500 million investment that is required, we can go for a $100 million market and multiply them. Also, it is not only about large commodities anymore, but high specialty product ingredients, pigments, additives, and so forth.

What are some of the major market pain points, and how can they be effectively mitigated?

There have not been Netscape moments in the industrial biotech industry so far though there had been Gingko Bio works or Zymergen jingo moments. So people have yet to realize it has become a huge market that people can make money out of. That is a pain point from an investor’s perspective.

"It is not only about large commodities anymore, but high specialty product ingredients, pigments, and additives – to name a few"

From an organizational perspective, startups in this space find it very hard to scale. In a majority of  cases, startups in the pharma industry go to phase-2, and phase-2b but mostly stop before phase-3 as the transition from a pure lab and research organization towards an industrial organization is very challenging, whereas industrial biotech startups still need to go all the way to product commercialization.

How do you envision the biotech startup space a few years from now?

The future of this space looks pretty bright. There are huge opportunities in the synthetic biology and industrial biotech space. On top of that, it also fits very well with all the sustainability prospects our world needs for the next 20 to 30 years.

Other markets like the meat without meat, milk without milk, egg without egg, or the cheese without cheese are already maturing and developing making it now more of a gross market than a pure startup market.

I feel agriculture, bio-control, and improvement of crops are also very appealing markets due to very strong regulatory and customer pressure. With more and more customers aware of the food and agricultural chain, there has been an increasing demand for high-performance products through biotech because we have reached a plateau in terms of what can be done with chemistry. So, similar to what is happening in the healthcare space, people have realized that efficiency comes from biology. This is also true with respect to the textile industry, as people are aware of the impact of the textile industry on the planet.

So production in a more sustainable way, being economical but with better performance, is looked upon with great interest.

What advice would you give budding entrepreneurs in this space?

They are welcome to come to see us. It is also important that the upcoming entrepreneurs have clarity when it comes to deciding the job. Though the past five to six years have been difficult, we are reaching the culmination of it. So, I would tell everyone to keep moving because happy days are coming!

Setting A Culture for Digital Transformation in the Biopharmaceutical Industry

The Challenges Of Bringing Phytocannabinoid Plant-Based Medicines To Market

The Rise in Outsourcing Clinical Trials

However, if you would like to share the information in this article, you may use the link below: